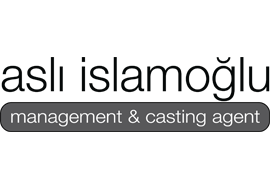 Casting is an area which has become a sector in the last 15 years in the country. Especially as of 2007, the increase in the numbers of domestic TV series, movies and commercial films has increased the number of the casting agencies and the persons connected with them and created a competitive environment. This competitive environment, for some agencies, has caused that they develop themselves and target providing the best service and therefore they come to the fore. Aslı Islamoglu Agent & Management is one of them.

Aslı Islamoglu Agent & Management serves professionally in various areas of TV, advertisement and organization to today since 2001. In addition to this, it does the “script writer” and “movie music producer” representation for the first time in Turkey.

For Aslı Islamoglu Agent & Management, creating the cast is not just finding the actors, but also performing its organization. She selects the most correct and most suitable persons based on the subject and content of the projects and, when required, she ensures that the actors and actresses indicate better performance by getting professional support. She doesn’t satisfy with finding and bringing new faces to the sector but also provides all the consultancy support required for the professional developments of these people. “Asli Islamoglu” personally has a role in making their career planning of these people, by creating strategies, in the image activities and professional developments.

In the career planning process, the targets and, depending on them, the strategies are created by Aslı Islamoglu Agent & Management. The strategies made in order to accomplish the target determined are determined individually for each actor and actress and these activities are done personally by Asli Islamoglu. The most correct projects are selected for the actor or actress aiming the target and it is ensured that he/she develops him/herself based on these projects.

Professional development is the most important part of this process. Asli Islamoglu always tries to understand the trends of the sector and ensures that the people come to the forefront in this competition environment. She also ensures this with the coaching support taking from the professional actors/actresses according to these targets.

Image is done by Asli Islamoglu tailormade within all these processes. Support is taken from the experts of the subject in this stage too.